Home > Case Studies > I Ran Off Extra Pounds After Pregnancy: A Case Study

I Ran Off Extra Pounds After Pregnancy: A Case Study 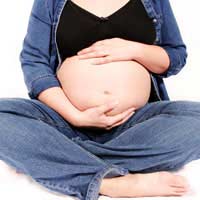 Mother-of-two Angela Reardon put on a lot of weight during her second pregnancy and that left her feeling depressed. She tried various diets but was not able to stick to any of them. Then she started running and felt much happier even before the weight started to drop off.

“When I had my first child, Ella, I did put on quite a few pounds, but I lost the weight just as quickly and without too much difficulty,” said Angela, a personal assistant from Derby. “It was a very different story the second time around, however. I seemed to be ravenous for the entire duration of the pregnancy and had a whole host of weird cravings that kept my husband on his toes. By the time I had my second child, Thomas, I had gained an awful lot of weight. Even now I’m not willing to say how much because I’m too embarrassed!”

“I was feeling a bit down. Perhaps I had a bit of post natal depression. The diets that had worked for me in the past weren’t working this time, basically because I wasn’t able to stick to them. I tried loads of different diets – just about every one in the book, I think – but I couldn’t stick to any of them.”

“When I was a lot younger, at school and then at university, I had done some running. It was nothing too serious, just jogging mostly and the occasional school or university cross country race. I thought I could give it a go again, but there must have been four or five aborted attempts before I finally got through the front door.”

“The problem I had was that I looked absolutely awful in anything I wore – especially jogging gear. I thought I looked fat and ridiculous and didn’t want to be seen by anyone like that. Eventually I bit the bullet and went for an early morning run when I knew there wouldn't be many people up and about. Actually, I say early morning run but it was more like the middle of the night really!”

“I didn’t go too far and I didn’t go too fast, but after that first run I felt fantastic. I was exhausted, but I felt very pleased with myself. There was no stopping me after that and within a couple of weeks, once I’d lost a few pounds, I was even willing to run in daylight!”

“My husband was very supportive and I realise I was very lucky in that respect. He was happy to get up with the children and get them dressed and fed if I went out for an early morning run. Equally, he didn’t complain if I went for a run in the evening and left him to get the children ready for bed. I don’t think I would have been able to fit running into my daily routine without his help.”

“The children are a good bit older now and I’ve lost all the weight I gained during my second pregnancy and more besides. I’ve not stopped running, though, and I’ve not lost the feel-good factor I get from running either.”