Home > Case Studies > My Running Raised a Fortune for Charity: A Case Study

My Running Raised a Fortune for Charity: A Case Study 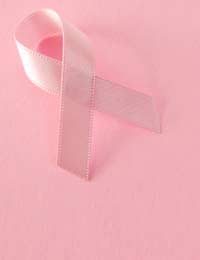 When Moira Gilbert’s best friend died of breast cancer at the age of 44, she wanted to do something about it. Running to raise money for one of the UK’s leading cancer charities gave Moira a positive focus at a low point in her life. She has covered hundreds of miles and raised thousands of pounds, but her determination to earn even more money for charity is as strong as ever.

“I was totally devastated by my friend’s death,” said Moira. “She was only a few years older than me and, like me, was happily married with a family. Her children were still at school and it seemed so terribly wrong to me that such a young life should be taken like that.”

“It left me feeling very low for a long time and I was also angry that no-one had been able to do anything to save my friend. I wanted to do something to mark my friend’s life, but I wasn’t sure what. It was my husband who suggested that I could raise money for a cancer charity.”

“I knew it was the right thing to do. It was too late to help my friend, obviously, but I knew there would be other families losing wives, mothers or daughters until breast cancer was beaten. It was easy to make the decision to raise money for charity, but it wasn’t quite so easy to decide how to raise the money.”

“I’ve always been a bit of a fitness fanatic and try to get to the gym at least three times a week, so I felt I was in pretty good shape. The only running I had done was on a treadmill in the gym, but I thought it would be possible for me to raise some money by running for charity. My family were very supportive and so was the charity I chose, one of the leading breast cancer charities in the UK.”

“With the help of my family, I made time for training and, although I felt a little self-conscious pounding the streets at first, the goal of raising money for charity was a massive motivation. I entered a local 10-kilometre race and asked family, friends and work colleagues to sponsor me. Someone – and to this day I’m not sure who – contacted the local newspaper and gave a reporter the story of my charity run. A piece appeared in the paper and, as a result, a good number of readers offered to sponsor me.”

“That first race was very tough, not because I wasn’t fit enough but because I was so emotional before the start. All I could think about was my friend and I got in such a state that I wasn’t sure I would be able to run. I didn’t want to let anybody down, so I did get to the start line and I was okay during the race because I was able to concentrate on my running.”

“At the end of the race, all the emotions came flooding back and I was in bits. It had been a difficult day, but I was very proud of my achievement. I had raised several hundred pounds and I knew that money would go towards research needed to beat breast cancer.”

“I hadn’t intended to run more than one race, but I guess I just got a taste for it. I’m into double figures now in terms of races and the funds raised is well into four figures. I’ve stepped up in distance too. Most of the races I enter now are half marathons and I’d love to run a marathon one day.”